The way drilling crews speak on rigs could soon be standardised across the globe to improve safety and maximise efficiencies thanks to ground-breaking research by the University of Oklahoma.

A team of top oil and gas professors tested reaction times to dozens of drilling commands and phrases and discovered significant differences in responses and the emergence of ‘perfect’ and ‘imperfect’ phrases.

For example, using ‘imperfect’ and non-specific phrases such as ‘decrease rotation by 45’ or ‘pumping too slow, pump faster’ resulted in significantly slower reaction times. ‘Perfect’ phrases such as ‘decrease RPM to 75’ or ‘increase SPM to 140’ were much more successful – earning 100% completion rates. When specifically testing beginner-level parameter changes, trainees were 14 seconds faster on average. Faster response times could prove critical emergency situations.

This is distinctive research which could revolutionise drilling communications. Further benefits include raising safety standards, improving efficiencies on drilling rigs, as well as accelerating training timescales. 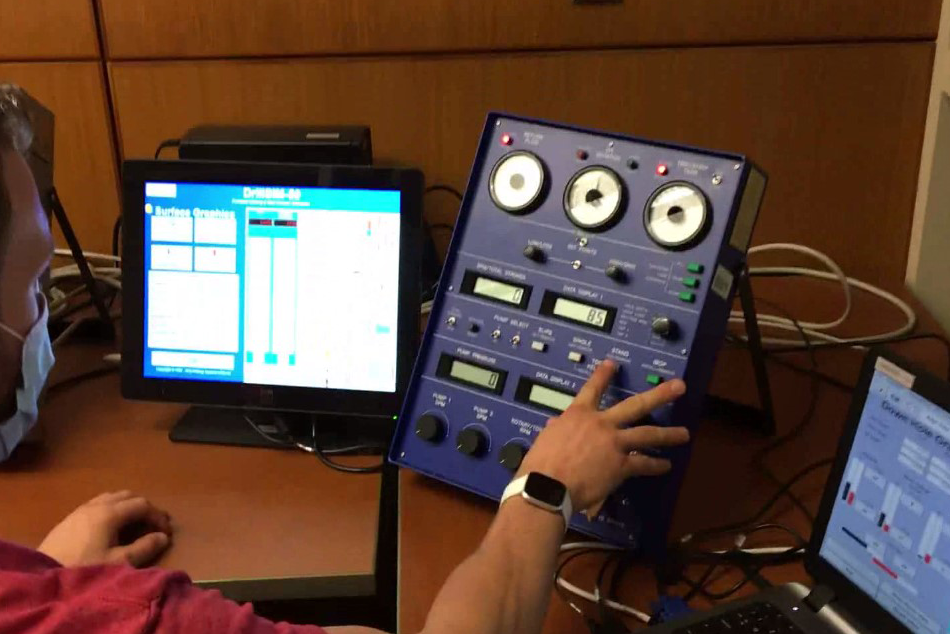 Associate Professor at Mewbourne School of Petroleum and Geological Engineering, University of Oklahoma, Catalin Teodoriu, said: “In aviation there are standard phrases for all operations so it doesn’t matter what language you speak or which plane you are flying, you know exactly what the meaning of any particular command is. This provides a ‘short-hand’ for communication and eliminates the possibility of misunderstandings or mistakes being made.

“For the oilfield, this type of universal standardisation in drilling communications has never been fully implemented but our research shows it could make a huge difference to the number of human error incidents and in maximising efficiencies.

“Drilling Systems’ simulators create an extremely realistic, immersive environment, and place people on the rig in a drilling scenario. Because the graphics and scenarios are so realistic, reaction times are the same as they would be in the field. We were able to build up a comprehensive picture of the outcomes of using different phraseology in training and in the field. It was immediately clear that by establishing a ‘perfect’ and complete drilling language on the simulator we could make radical improvements in safety and efficiencies in oilfield drilling and in teaching students. We are currently working with Drilling Systems on a White Paper to highlight our findings to the industry and are hoping to gather feedback on the idea of a universal drilling language.”

Clive Battisby, head of simulation at 3t Energy Group, which includes Drilling Systems, said: “This is extremely exciting research by the University of Oklahoma, which could transform communications in the drilling industry. We are delighted to have been involved and are looking forward to continuing to work closely with the University on further studies.”

Revolutionise the way you train your workforce with Drilling Systems Simulators

Contact us to find out how we can help›
×

Please fill in your details and enter your message in the enquiry text box and one of our team will get back to you as soon as possible.